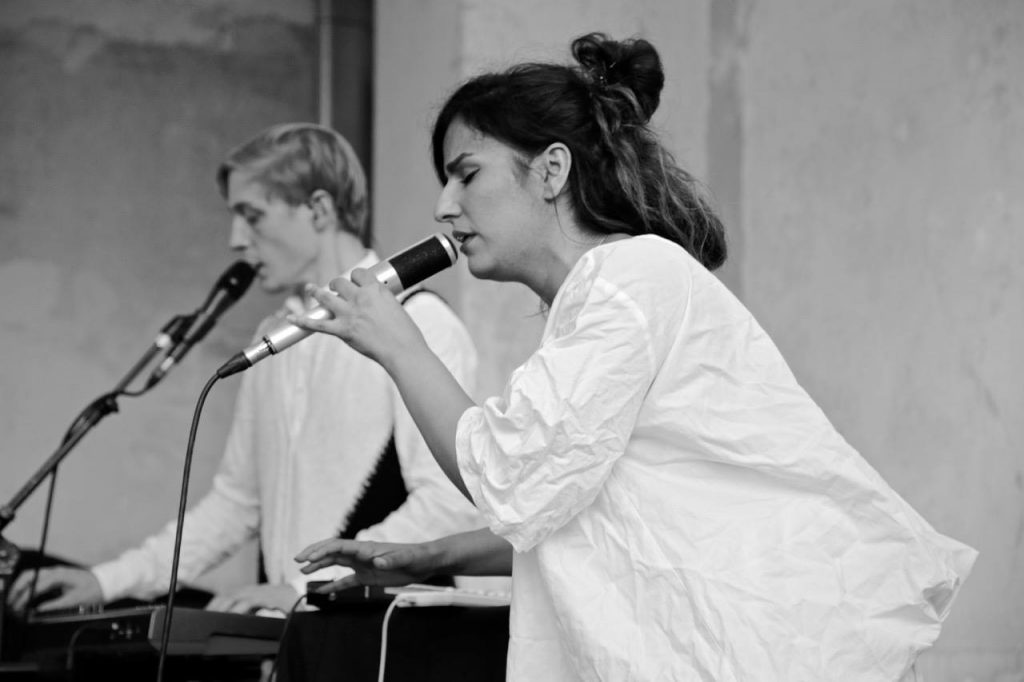 Pari Eskandari was born in Teheran/Iran, she grew up in Düsseldorf/Germany from the age of 3. At the age of 16 she attended the Düsseldorf Art Academy, after which she studied jazz singing at the University of Music and Theater in Hamburg. In 2009 she met the beatboxer and sound designer Paul Brenning in Freiburg, since 2012 they have been making music together as the Duo Pari San. Her first song, “Bloody Mary”, is about female menstruation, her song “Dareyne Jan”, also from 2012, she sings in Mazanderani, the language from the Iranian province of Mazandaran. Eskandari worked with Markus Popp aka Oval, and together with the electronic musician Kid Simius, Pari San created the feature single “Grapefruit” in 2016. In the same year Pari San released their first EP “Frozen Time”. Pari San’s debut album, “R.I.P. Identification” was released in September 2018.