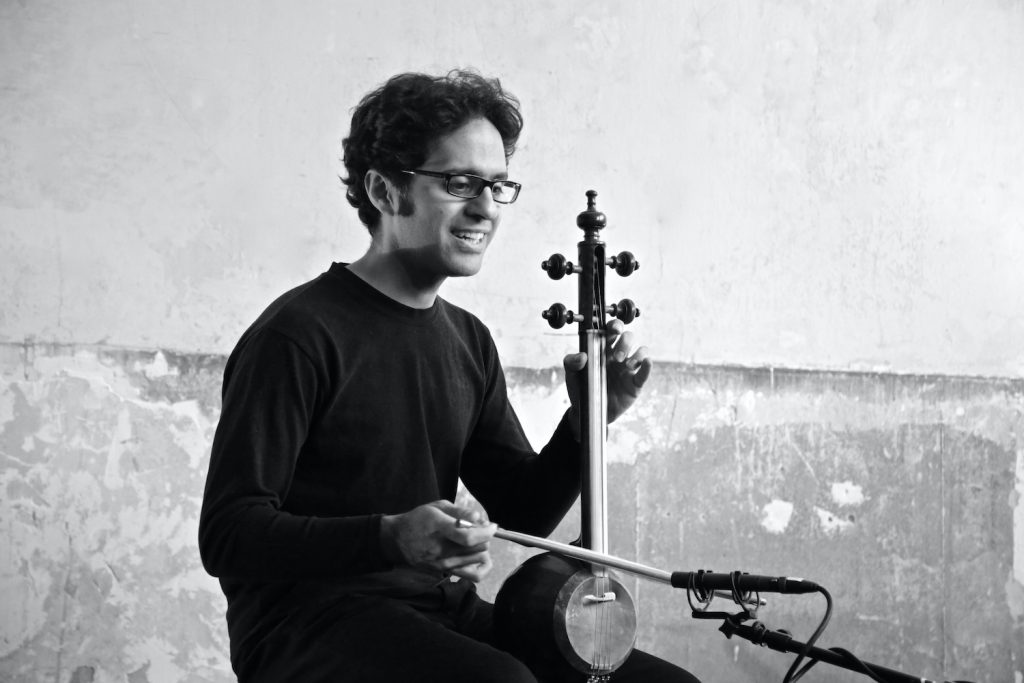 Mehdizadeh was born in 1980 in Tehran/Iran, he has been living in Berlin since 2015. At the age of 12 he learned to play the violin, he finished his studies of classical Persian music at the Soureh University of Art & Architecture in 2006 with a B.A. He studied Kamancheh with the musician and renowned Kamancheh maker Samer Habibi, with Saeed Farajpuri, Ardeshir Kamkar and Ali-Akbar Shekarchi (*1949). In 2006 Mehdizadeh became a member of the Mastan ensemble, which the singer Parvaz Homay had founded a year before. The ensemble plays classical Persian music and has toured successfully in Europe, Canada and the United States since 2008. Mehdizadeh taught Kamancheh at the Iranzamin Music School in Tehran, in Berlin he teaches at the German-Iranian Association for Music and Art (Naghmeh Saz). In November 2017 he played in the conduction ensemble under the direction of the US-American percussionist and composer Tyshawn Sorey at the Jazzfest Berlin.