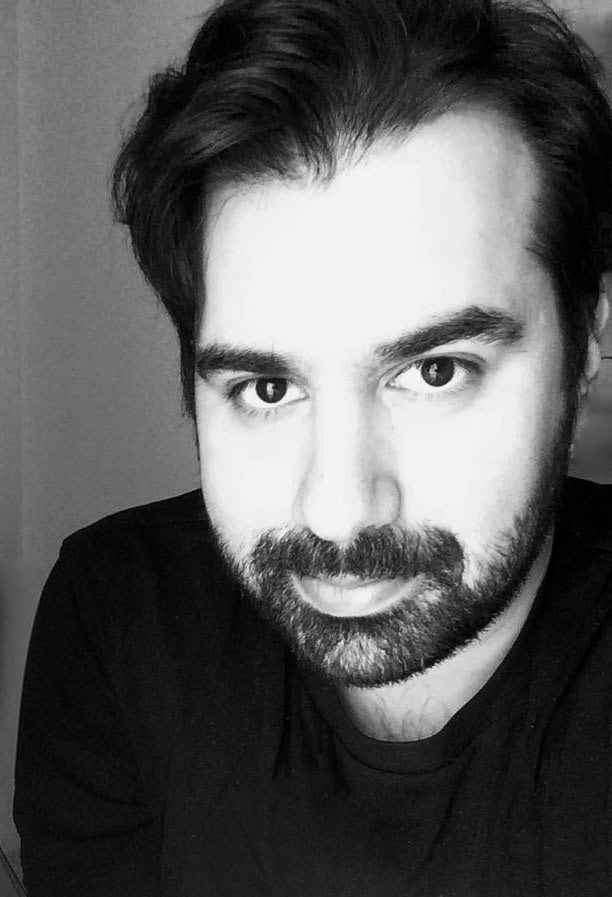 Samsaminia was born in Tehran in 1989. He shared his brother’s enthusiasm for rock music, and as a teenager he played the electric guitar and learned the piano before attending the Tehran Music School in 2004. There he also got lessons on the long-necked lute setar, which paved the way for him to explore improvisation in Iranian music. He started to notate his improvisations and to develop the material into compositions. Eventually he studied composition, first at the Conservatory of Music in Tbilisi, Georgia. During his studies, he participated in contemporary music festivals in Armenia and Georgia, and attended master classes on notation of contemporary electronic music with Georg Hajdu and François-Bernard Mâche.

After graduating with a bachelor’s degree in 2016, he deepened his studies in composition for one year at the Sibelius Academy in Helsinki/Finland with Malin Bång and with Helena Tulve at the Estonian Academy of Music in Tallinn, where he completed his studies with an M.A. in 2018. He then studied microtonal music with Marc Sabat at the University of the Arts/Berlin and spent a guest semester at the Academy of Music and Theatre in Gothenburg/Sweden.

In 2019, as part of the Young Composer Academy in Lugano, he wrote a duet for musicians of Ensemble Modern, he has composed for the Basel Trio SÆITENWIND, the K!ART Ensemble in Copenhagen, Ensemble Musikfabrik Cologne, the Ensemble Collettivo_21 from Piacenza/Italy, the Łódź Academy Symphony Orchestra and for the Nivak Ensemble and the Cantus Ensemble in Tehran, among others. His works have been performed in Barcelona, Huddersfield, Novi Sad, Poznan, Odessa, Stockholm, Tehran and Utrecht, among others.

Since 2020 Samsaminia is a PhD student at the Aristotle University of Thessaloniki, in his dissertation with Dimitri Papageorgiou and Caspar Johannes Walter (Basel/CH) he deals with the systematization of Persian tones and tunings according to the Helmholtz-Ellis method.