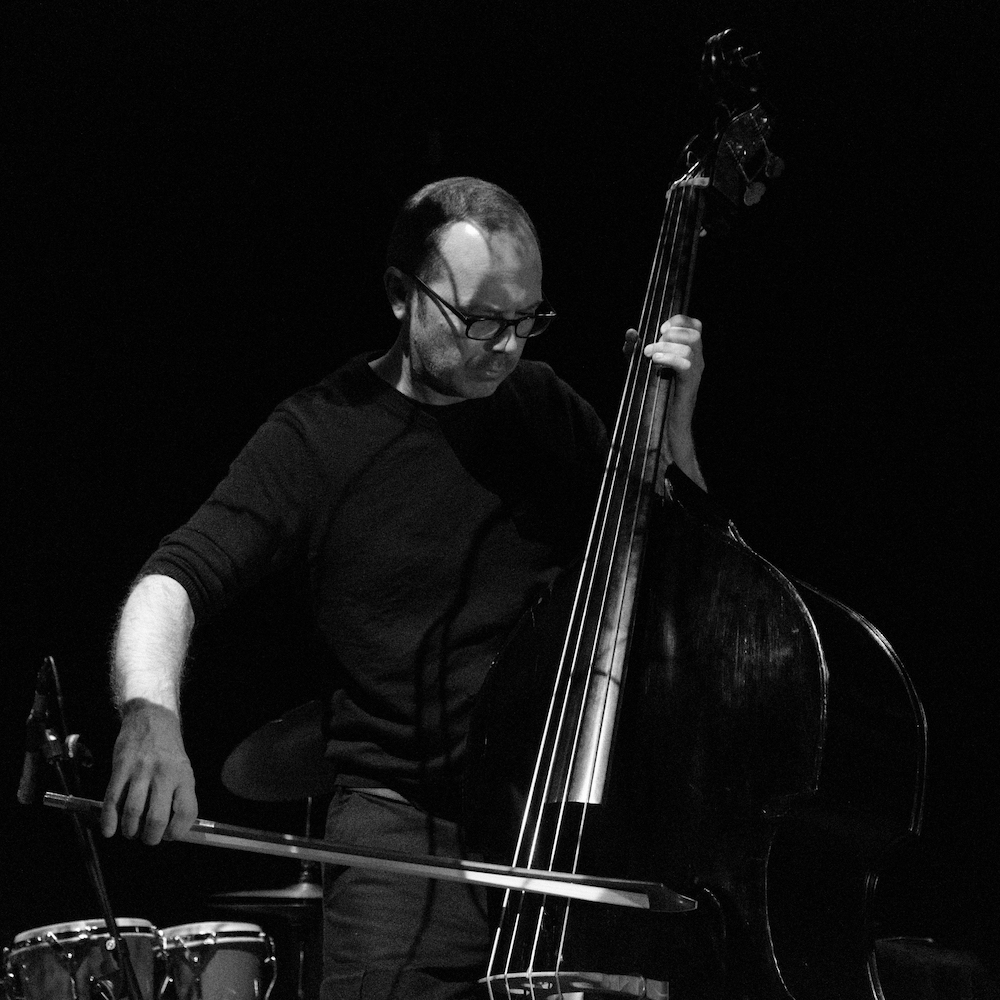 Shirley is a bassist from Ottawa/Canada, he has been living in Berlin since 2001. He studied at McGill University in Montreal and was a member of the band Zebradonk and The Woodchoppers Association from Toronto. In 2012 he created “Pflanzenmusik” together with Christina Ertl-Shirley in the Wegmacherhaus in Inzing near Innsbruck. He is a member of the band Obliq with saxophonist Pierre Borel and guitarist Hannes Lingens. In 2013 he founded the trio The Still together with Rico Repotente, guitar, and drummer Steve Heather. They work with Tony Buck and Chris Abrahams, both from The Necks. Shirley also plays in the Songs Ensemble of the trombonist and visual artist Rishin Singh. He first met drummer and electronic musician Jaleh Negari in 2013, for Klangteppich II they have been working on the world premiere of her Edit-In-Recorder project, which is based on graphic scores drawn by Negari on the basis of field recordings from Iran, Denmark and Germany.