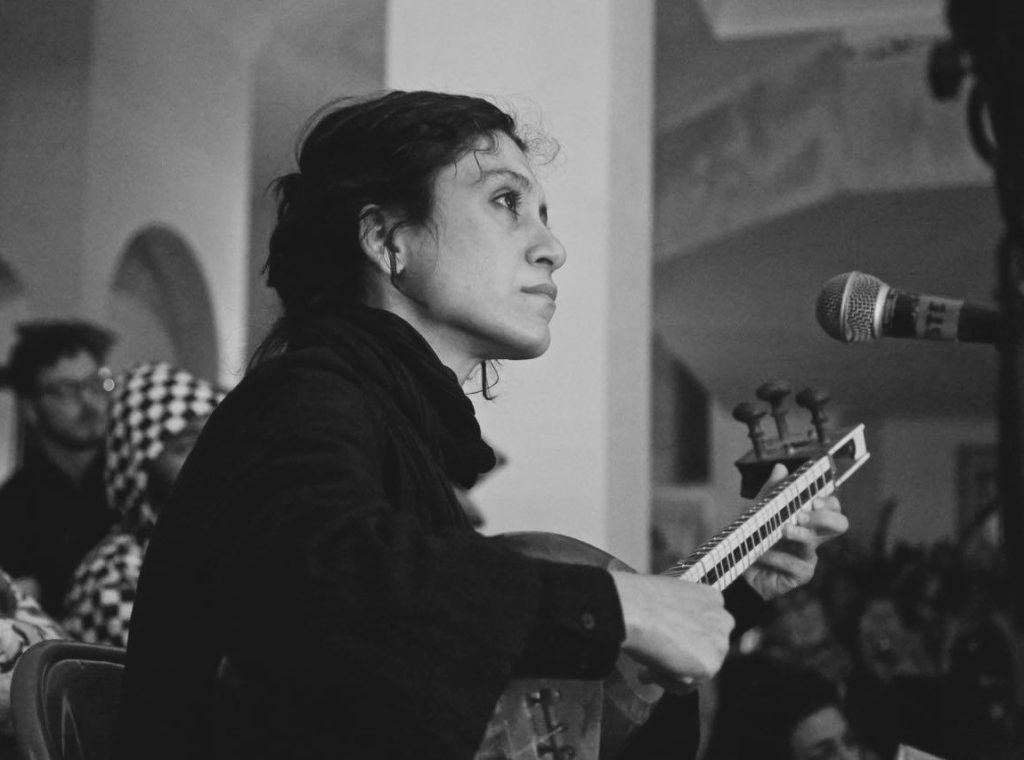 Ghasimi was born in 1981 in Isfahan/Iran, she grew up in Tabriz and Tehran. She has been living in Berlin since 2016. Ghasimi studied at the Music Academy in Baku/Azerbaijan and was a member of the Iranian National Orchestra under the direction of the composer Farhad Fakhreddini from 1998 to 2006. The orchestra gathered traditional Persian instruments and performed works of Persian composers. Ghasimi studied tar in Baku and Tehran with masters like Hossein Alizadeh (*1951), Ramiz Guliyev (*1947), Mohammad-Reza Lotfi (1947-2014), Dariush Pirniakan (*1955), Dariush Talai (*1953), Reza Vohdani (1933-2003) and Houshang Zarif (1938-2020). Many of her own compositions are closely related to literature, such as the Gilgamesh epic, the writings of the 11th century statesman and scholar Nizām al-Mulk, but also to Bertolt Brecht. Ghasimi is a member of the artists’ collective Thesaurós, which organizes exhibitions and performances in Berlin. Ghasimi worked with the performance artist Alessandro Rauschmann and was part of the performance “Die Könige”, initiated by the art asylum of Barbara Caveng in July 2017. The production was realized in the Museum of European Cultures Berlin. For Klangteppich 2018 Ghasimi developed a performance about the Zoroastrian legend Mashya and Mashyana together with the visual artist Neda Ahmadi.