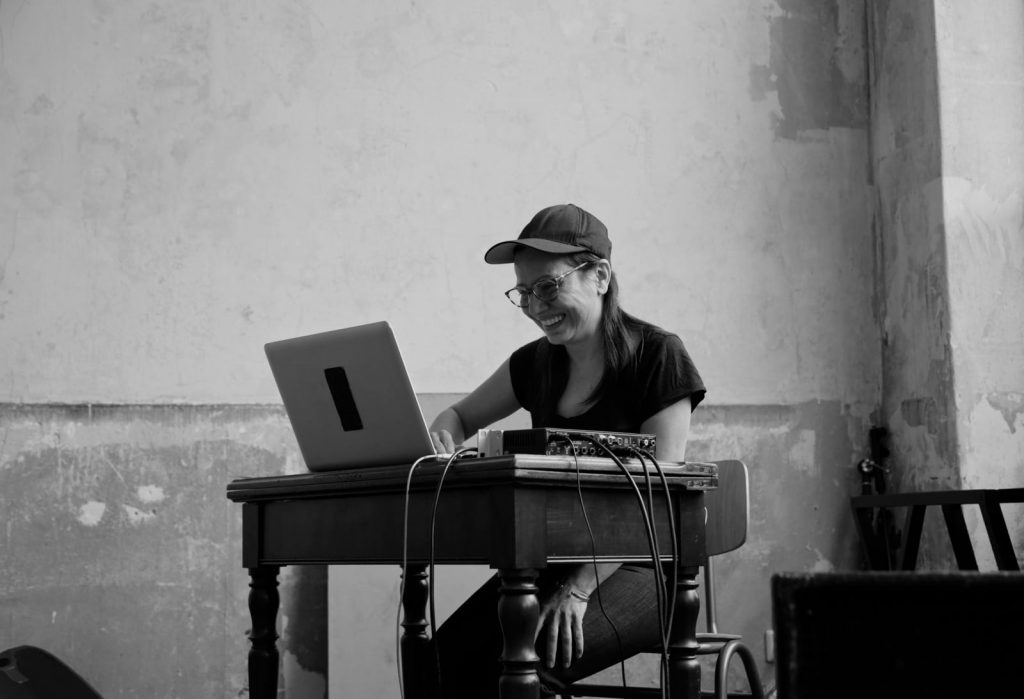 Hatam is an experimental sound artist who has been active in Berlin since 15 years. She studied molecular biology and installation art with Constance DeJong and Robert Morris at Hunter College in New York City. In 2008 she co-founded the project space NK in Berlin, where she was responsible for the organization of numerous concerts, artist talks, workshops and film screenings. Hatam composes and performs as a duo with percussionist Colin Hacklander. Together they have realized works for the Hyperion Ensemble (Tectonics Festival Tel Aviv 2014), for the Zeitkratzer Ensemble (KontraKlang, Heimathafen Neukölln 2015), Iancu Dumitrescu & Ana-Maria Avram, Stefanie Wenner (Sophiensäle 2016, Uferstudios 2015, Kampnagel Hamburg 2016), Leslie Dunton-Downer (transmediale 2014), Liz Rosenfeld, Moor Mother (Stadtgarten Köln 2017), Gamut Inc (Acud Macht Neu 2016). Hacklander-Hatam were artists in residence at the Festspielhaus Hellerau/Dresden in 2017, members of the conduction ensemble under the direction of Tyshawn Sorey at the Jazzfest Berlin 2017, they also realized the music for the production “Michael Kohlhaas” at the Theater Bremen.In 2019 they were part of the theater production “Do the right thing” by Israeli director Ariel Efraim Ashbel (performances at the Berlin Theater Hebbel am Ufer and the Forum Freies Theater, Düsseldorf). For Klangteppich 2018 Hatam worked together with singer Hani Mojtahedy for the first time. In 2020 LABOUR (Farahnaz Hatam and Colin Hacklander) released the album Nine-Sum Sorcery with Mojtahedy.