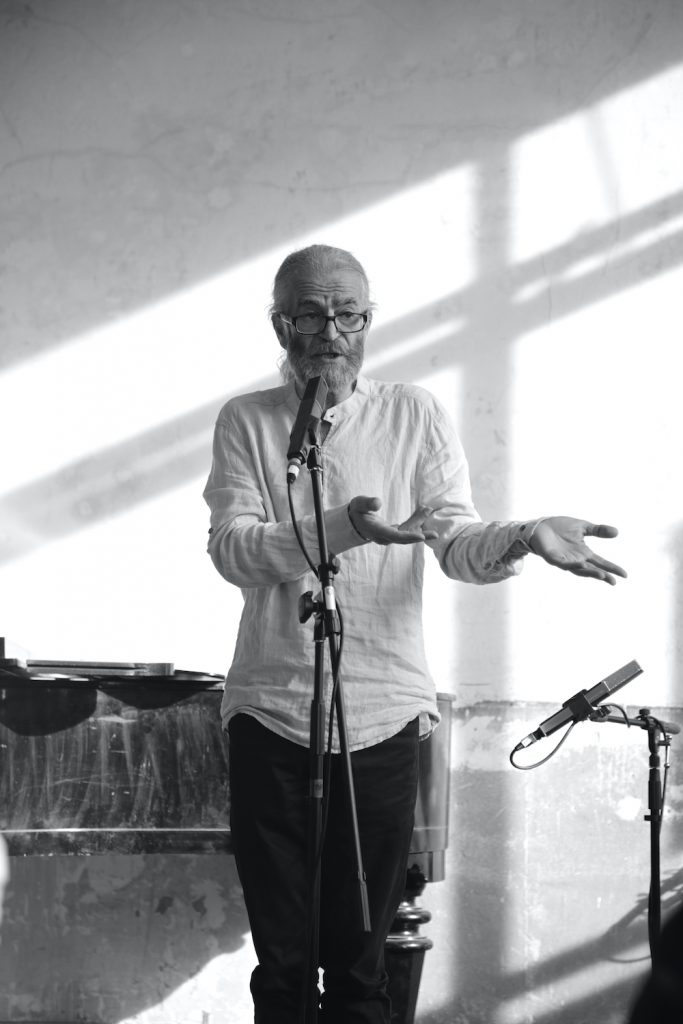 Saneiy was born in 1968 in Tabriz, the capital of the Iranian province Eastern Azerbaijan, he has been living in Berlin since 1998. Saneiy is a storyteller, musician and kilim restorer. He learned the art of storytelling as a child from his father, his siblings and other children while weaving carpets. He also collected stories from elderly people and neighbors. As a teenager he learned to play the frame drum daf from his mother and three of his five aunts. After his military service in the Iraq war, he rode his bicycle for nine years through Iran, Syria and Turkey. During the winter months he learned to restore carpets. Saneiy started storytelling in Germany in front of an audience. He also sings songs in Azerbaijani, German and Persian and accompanies himself on the daf. He works for the association Erzählkunst e.V., which realized the 1st International Storytelling Festival in 2013 in Şirince, Izmir/Turkey. Up to six storytellers told a fairy tale in six languages in squares, churches and restaurants. In his Berlin Carpet Gallery he regularly organizes evenings with storytellers and musicians from Afghanistan, Azerbaijan, Germany, Iran and Turkey, among others. Saneiy says: “Fairy tales convey courage for me and that it is good not to give up and to keep on going. Whoever does something good will be rewarded.“