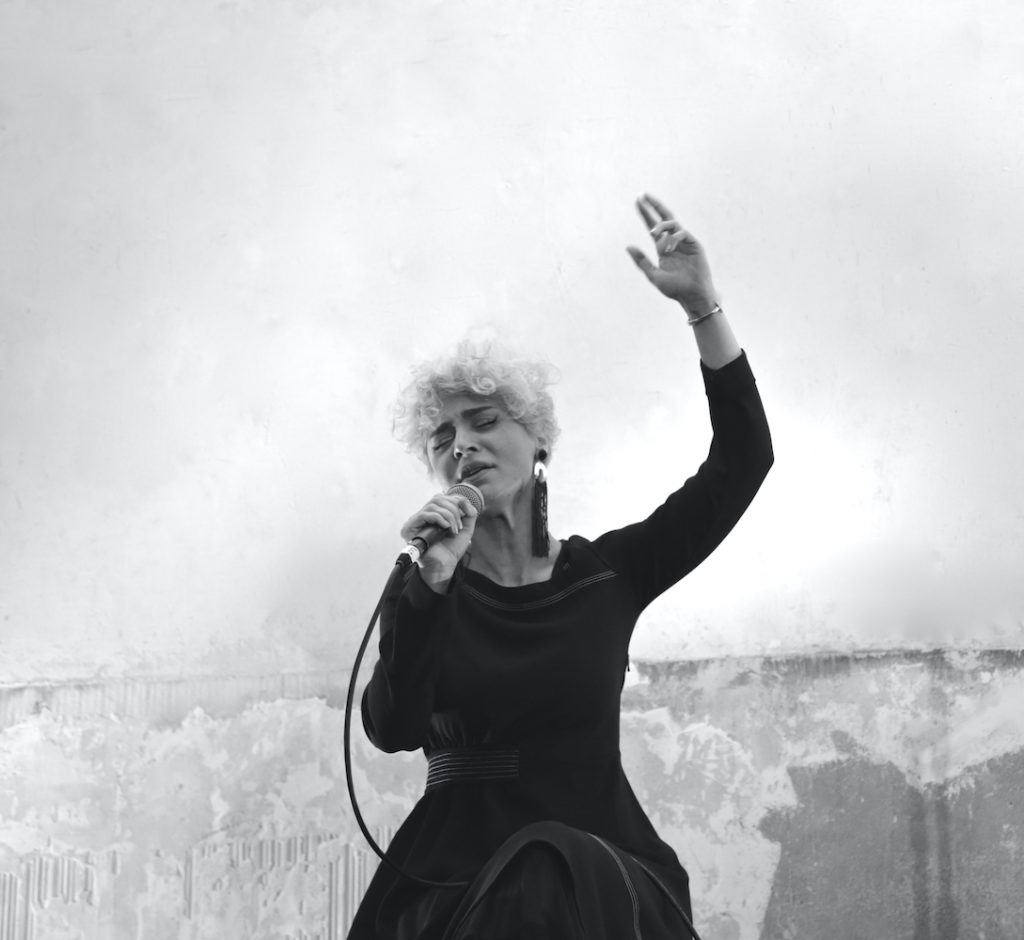 Mojtahedy is a Kurdish singer from Sanandaj in the Iranian province Kurdistan. She learned classical Persian singing and started her career as a professional singer in 2000. She was a member of the Kurdish band Vian, with which she performed at the Jasmine Festival for Women’s Music at the Vahdat Concert Hall in Tehran in 2002. Due to the current ban on female solo singers performing in front of mixed audiences, Mojtahedy left Iran and moved to Berlin in 2004. She worked with the rock musician and music producer Majid Kazemi and sang in 2015 in the performance of the symphony “Peshmerga” by the Iraqi-Kurdish composer Dilshad Said with the Czech National Symphony Orchestra. In 2016 she sang for the Barzani Charity Foundation in Kurdish refugee camps in the border region between Syria and Turkey. In autumn 2017 she gave benefit concerts in Germany and Sweden for the victims of the earthquake between Iran and Iraq. Mojtahedys singing combines classical Persian vocalizations with Kurdish lyrics and improvisations. She released several albums and numerous singles. For Klangteppich 2018 Mojtahedy worked together with the electronic musician Farahnaz Hatam for the first time. In 2020 LABOUR (Farahnaz Hatam and Colin Hacklander) released the album Nine-Sum Sorcery featuring Hani Mojtahedy.