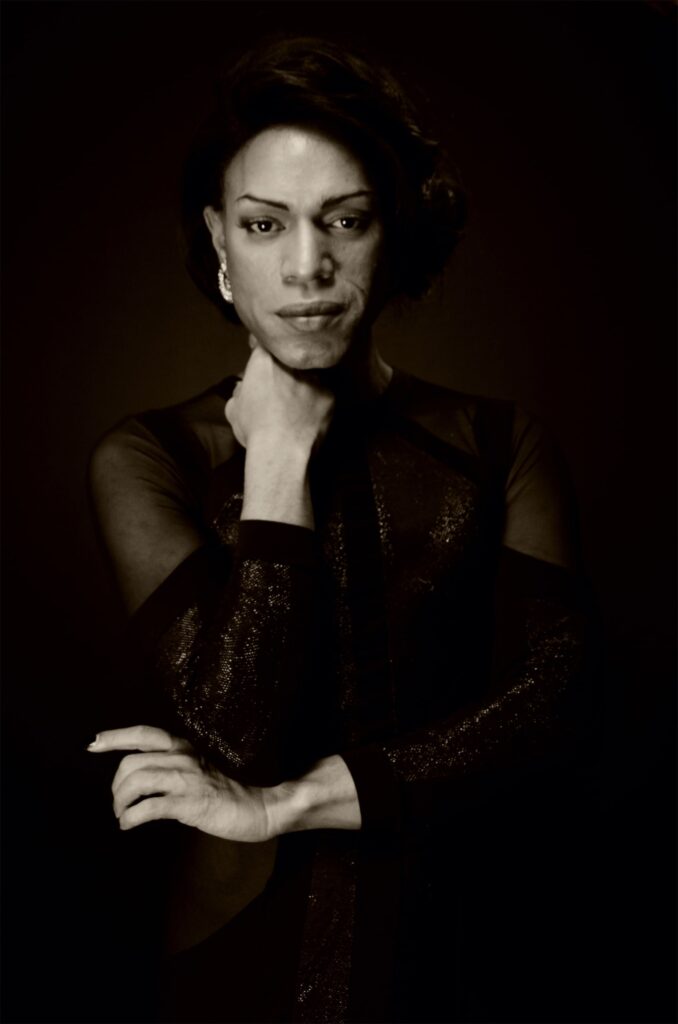 Martini Cherry Furter was born in Martinique, a former French colony in the Caribbean. She  studied Latin American theater in Martinique, Cuba and Paris. Furter founded a burlesque club in Lyon and gave performances in many European cities, including Brussels and London. She has been living in Berlin since 2017. Together with Parisa Madani (psoriasis), she is a founding member of the queer collective Œuvre, which organizes club evenings with drag performances at the Institut Für Zukunft in Leipzig. In 2019 Furter took part in the queer performance “Everybody can be everybody can not be” by Jao Moon at Ballhaus Naunynstraße Berlin, in the same year she performed in the ensemble of the iconic, feminist musician, producer and performance artist Peaches on her tour for the 20th year anniversary. Furter performed with Peaches at the Festival Theaterformen Hannover in July 2021 in the production “Cranky Pants”. Also in 2021 she performed at the queer festival Queer-B-Academy at Kampnagel in Hamburg, she can be seen in the award-winning short film “Octavia’s Visions” from 2021 by filmmaker Zara Zandieh. Furter addresses topics such as transgender, queerness, racism, colonialism and sexism in her performances.