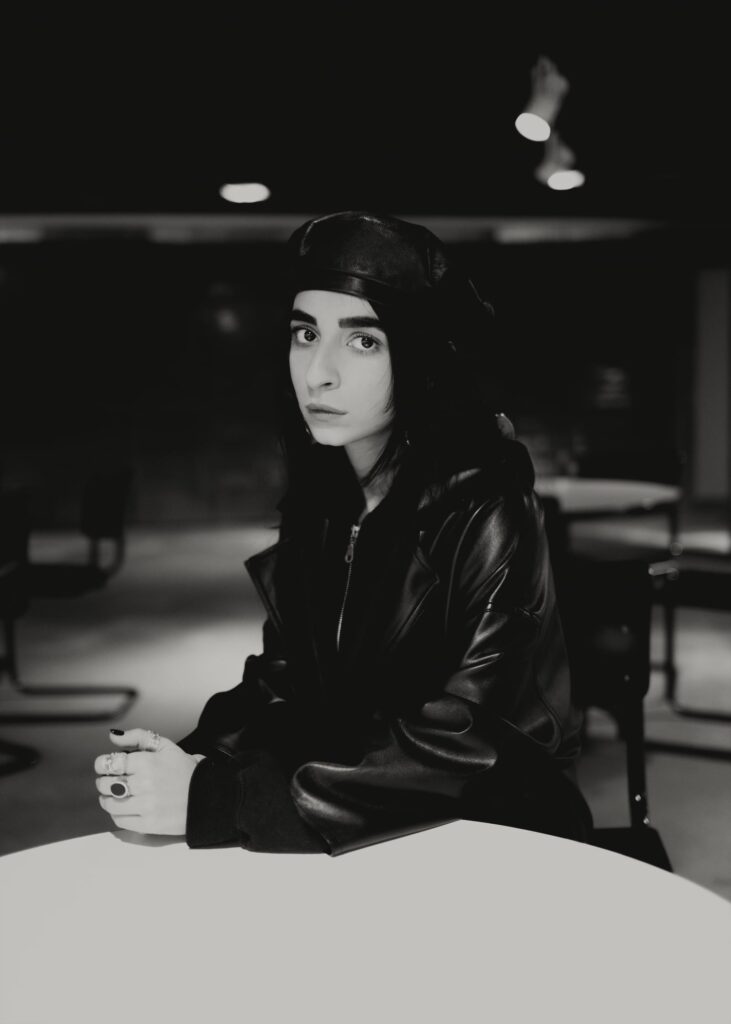 Noori is an interdisciplinary artist who lives and works in Berlin. Her work includes sound art, in- stallation, direction for theater and radio plays, and text. Noori addresses the merging of sound, space, sculpture and post-dramatic poetry and focuses on atmospheric narratives. She studied theater, film and media studies at Goethe University in Frankfurt and worked at Deutsches Theater and Schauspiel Hannover. Her audio performances have been inter alia staged at Berliner Festspiele, Villa Massimo, Berghain Garten, Haus der Kulturen der Welt, as well as Schauspielhaus Zürich. Her debut album FARCE was released in 2020, in the same year she was an artist in residence at the Junge Akademie der Künste in Berlin. Her work ‘AMBIENT ROOM’ was on view at the EIGEN + ART Lab in Berlin in 2021. She moderates ‘POMP’ on the Malmö-based Retreat Radio and ‘AMBIENT HARDCORE’ on the Berlin-based Refuge Worldwide.