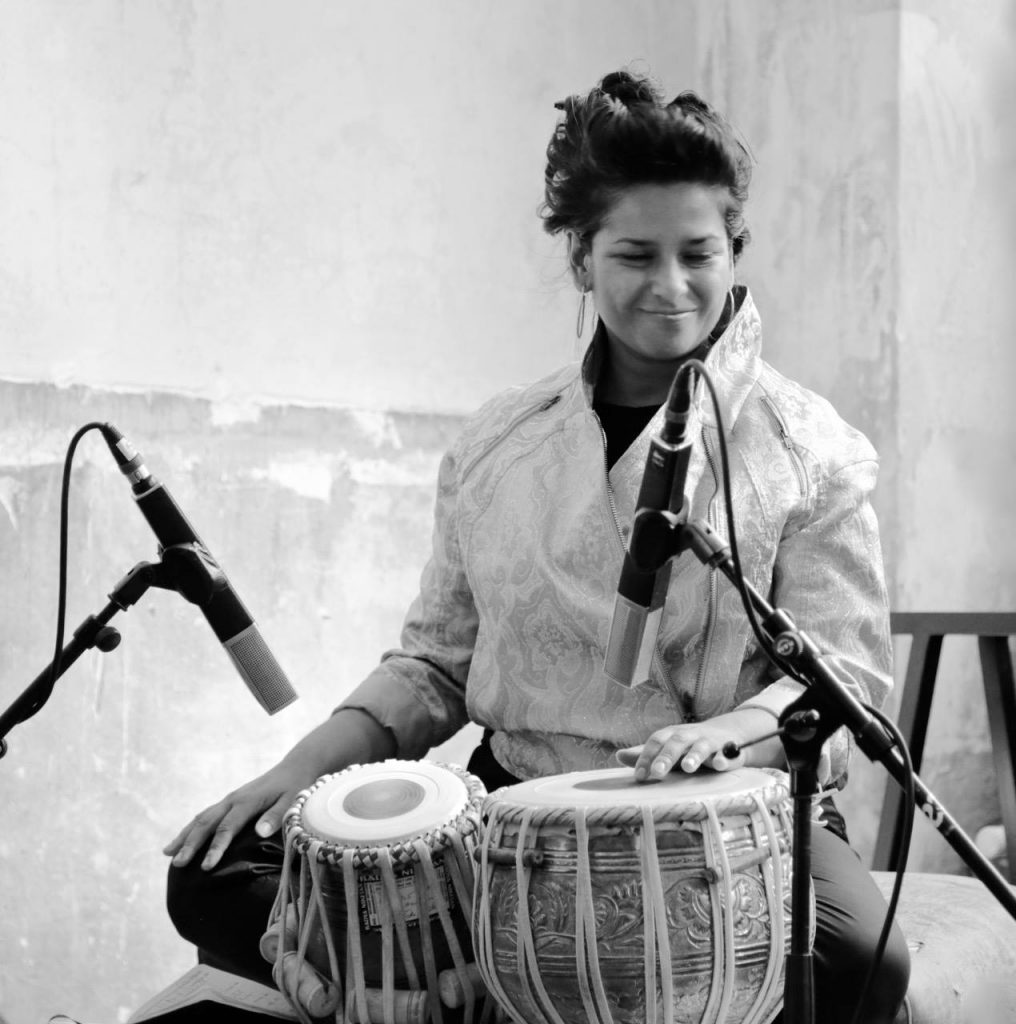 The percussionist, music producer and tabla player Renu Hossain lives in Berlin and London. She studied percussion with masters in Brazil, Cuba and with Chiranjit Mukherjee in Calcutta/India. Hossain has composed music for theater, film and dance productions, and has performed in centers for contemporary dance. She performed with the band Alabama 3 and the British hip-hop-electro-band Fun-Da-Mental, played in the ensemble of the jazz trumpeter Kevin Davy and for the British-Lebanese singer Mika. Hossain has toured worldwide with singer Grace Jones, cellist and kora player Tunde Jegede and the British DJ State of Bengal. Since 2010 she has been producing her own music, her third solo album was released in 2017. At Klangteppich 2018 Hossain played for the first time together with flutist Valentina Bellanova and tar player Ali Choolaei and performed as a duo with Kamancheh player Alireza Mehdizadeh.