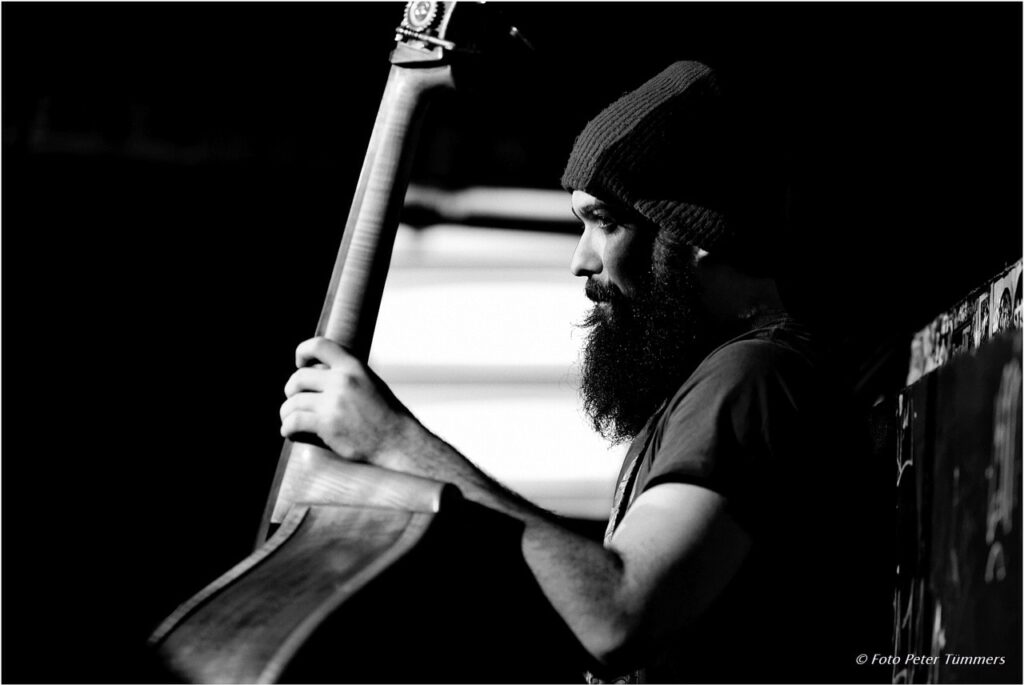 Reza Askari was born in Fulda in 1986 as the son of a father who immigrated from Iran and a German mother. He began playing the piano at the age of five, at the age of eleven he discovered the electric bass guitar and started his musical career in local punk and jazz bands. After graduating from high school, he began studying music with a major in electric bass at the University of Music and Dance in Cologne with Marius Goldhammer and later also double bass with Dieter Manderscheid and Sebastian Gramss. Askari then continued his studies in the Master of Improvising Arts at the Folkwang University of the Arts in Essen with Robert Landfermann. He has been a member of the Landesjugendjazzorchester Hessen from 2007 to 2010, and from 2010 to 2011 of the Bundesjazzorchester and the European Masterclass Big Band under the direction of John Ruocco.

Askari has been working at festival and club concerts with artists such as Marc Ducret, Benny Golson, Jeff Hamilton, Barre Phillips, Peter Herbolzheimer, Frank Gratkowski, John Hollenbeck, Jiggs Whigham, Clueso, Sophie Hunger and Götz Alsmann, and has traveled to countries such as China and Vietnam, India, Turkey, Syria, Jordan, Lebanon, Colombia, and many countries in Europe with different ensembles. In 2022, the third album of his trio will be released,  “ROAR feat. Christopher Dell”.