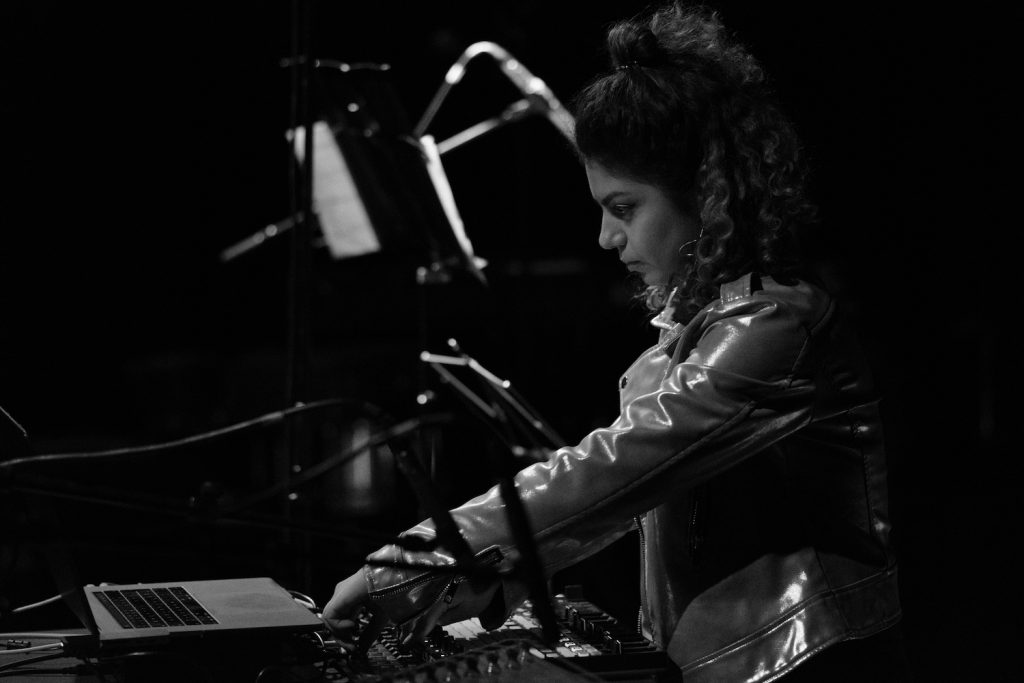 Sharafi was born in 1995 in Tehran and has been living and working in Vienna since 2013. She studied composition and has been trained as a sound engineer at the University of Music and Performing Arts Vienna. Sharafi has worked with artists such as Iris Blauensteiner and ensembles such as Unitedberlin, the Black Page Orchestra in Vienna and the Ensemble Phoenix Basel. Her works have also been performed in Copenhagen, Washington DC, New York and Tehran. Sharafi’s musical aesthetics draw from acoustic, electroacoustic and electronic elements, microtonality and complex rhythms play an important role in her works. She performed her electroacoustic pieces at SET x CTM 2018 in Tehran, Unsafe+Sounds Festival 2018 and Hyperreality Festival 2019 in Vienna. In 2018 Sharafi was awarded the Austrian Composer’s Prize, recordings of her pieces were released on the British label Opaltapes and on the Iranian label Zabte Sote. At Klangteppich II she the bassoon player Alireza Sheibani played a new version of her composition for bassoon and electronics, Sharafi played an electroacoustic solo.