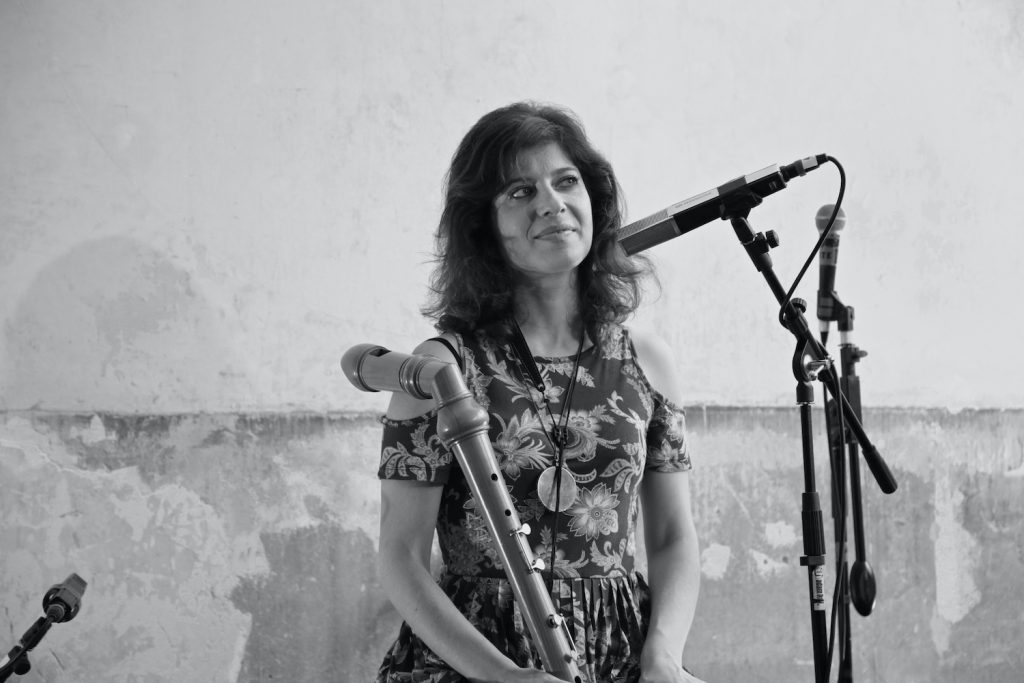 Bellanova is a musician from Florence, Italy. She studied flute at the Hochschule für Musik, Theater und Medien in Hannover/Germany, and has been living in Berlin since 2014. Bellanova specializes in the Turkish and Arabic flute ney and is in great demand as a soloist in theater productions and ensembles. In 2016 she took part in productions of the stages of Gera, in 2017 in the performances of the “Bremer Stadtmusikanten” at the Komische Oper, Berlin. Bellanova is a member of the German-Turkish Ensemble Interkom, the Berlin Oriental Group, The Ready Orchestra for experimental music by women and the band Nawa, together with musicians from Palestine, Syria, Greece, Poland and the USA. In 2018 she played concerts in the Wedding Orchestra for Middle Eastern Music at the Berlin Theater Hebbel am Ufer in honor of the Egyptian singer Oum Kalthoum (1904-1975). At Klangteppich 2018 she played a concert together with the tar player Ali Choolaei and the tabla player Renu Hossein.